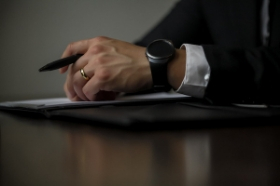 Serco Limited has this week been fined £200,000 over the death of a 19-year-old who drowned after sustaining serious head injuries while working as a deckhand.

The teenager was working on the Ernest Bevin Woolwich ferry that was travelling across the Thames in east London on August 2011. Tragically Ben was dragged overboard after being caught in a loop of rope and sustained serious head injuries that sadly proved fatal.

Serco Limited was found guilty of failing to ensure the health and safety of the crew at Inner London Crown Court, under the NS & FV Health and Safety at Work Regulations 1997. The Maritime and Coastguard Agency concluded that procedures had not been recently updated and did not cover the work being carried out.

Passing sentence this week, Judge Jeremy Donne said the case was “serious” and there was essentially a disconnect between theory and practice of safety rules, resulting in the company being fined £200,000.

Ben who came from five generations of boatmen had proposed to his girlfriend just days before the accident and was on his final year as an apprentice. In a statement released by his father, Stephen Woollacott spoke of how Ben was “a wise head on young shoulders” and “so full of life”.

Julia Warren, HR director for Serco’s transport, defence and justice business, said: “Ben Woollacott’s death in 2011 was a tragic accident which shocked and devastated all those who knew him. Our thoughts today are very much with his family, friends and the close-knit team at Woolwich ferry.

Fortunately, accidents like this at the workplace are extremely rare, and our sympathy goes out to Ben Woollacott’s family.

All employers are legally obliged to provide a safe working environment for you.
Yet figures from Health and Safety Executive show that in 2013/14 that 28.2 million working days were lost due to work-related illness or injury.

Here at Sheldon Davidson Solicitors, we believe that you should be entitled to a safe working environment that complies with all of the necessary health and safety regulations. If your employer shows negligence towards your safety at work, visit the accident at work claims section of our website for more information or speak to one of our experienced and highly-adept personal injury solicitors.

If you feel as though you have sustained a personal injury due to the negligent actions of a third-party, Sheldon Davidson Solicitors' team of Manchester Personal Injury Lawyers will handle all aspects of your claim, ensuring you are awarded the maximum compensation and help available to you.