Good news for Motorists or not? 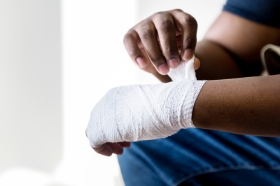 Recently the Government made some unexpected announcements in relation to personal injury claims.

In a move to tackle questionable whiplash claims, Chancellor George Osborne announced several measures, including removing the right to general damages for minor soft-tissue injuries from a car accident. In a move to cut legal cost, plans to transfer personal injury claims up to the value of £5,000 to the small claims court were also announced.

Following the somewhat shock Autumn Statement announcements, this
has proved good news for both motorists and insurance companies, with the Chancellor declaring that the change could remove £1bn from insurance company costs as a result of removing questionable claims.

The changes that will be in force as of April 2017 motorists are set to see insurance premiums cut significantly. But is this really good news for UK motorists?

Our Managing Director and Solicitor Sheldon Davidson discusses how the changes will affect you, the motorist:

“Although the announcement has brought news of savings to insurers, these are unlikely to be passed on. The only certainty is that innocent victims of road traffic accidents will be denied proper access to justice by legal representation.

“As a result of the impending changes, victims of road traffic accidents that pursue a claim are likely to face the insurance company in court who will almost certainly be represented by a team of highly skilled professionals, with experience of arguing such cases on a daily basis. With this daunting prospect in mind, genuine claimants could potentially be discouraged from making a legitimate claim.

“In addition to appearing in court with no representation, making a claim for personal injury is not a straightforward process, and getting the right evidence, from medical reports to financial statements will add to the burden, which again could discourage claimants even further. Sadly as a result, these genuine claimants may not get what they are entitled to and may find the stress, in addition to the accident itself, just too much to contend with.

“There is a common misconception that “the small claims court” offers a more simplified process and less formal venue for dealing with claims. However, in my experience, that is far from the case and unrepresented claimants are likely to struggle with the process.

“Although the changes are set to end ‘false claims’ increasing motor insurance policies, claimants with genuine cases are likely to suffer the consequences.

“There has already been a raft of changes in recent years aimed at dealing with fraudulent claims, transferring personal injury claims up to the value of £5,000 to the small claims court will do nothing more to help, other than potentially deny access to justice for genuine people.

“When I formed Sheldon Davidson Solicitors it was to help those people that needed help to get themselves back on their feet. We will continue to do this and are always available to listen to you if you have been involved in a non-fault accident.

“All you need to do is pick up the phone and call us and one of my team will help you get back on track.”

If you have been involved in a traffic accident, been the victim of medical negligence or are looking to pursue any other type of personal injury claim, then call Sheldon Davidson Solicitors, Manchester's Personal Injury Specialists.