Daylight Saving Time ends: how does this affect your safety on the road? 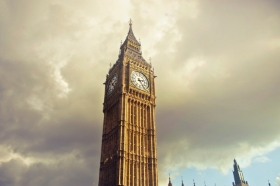 serious injuriesThis weekend we revert back to Greenwich Mean Time as the clocks go back one hour, the mornings get lighter and evenings darker. Interestingly, the idea of daylight saving time was first introduced by a man called William Willett in 1907 who believed that in order to prevent people from wasting hours of light, daylight saving hours should be introduced.

Eventually the idea was put to use during the First World War in 1916 and has since come into use across the world as a way to save energy.

There have been a variety of trials over the years since, including double summertime (GMT+2 hours) during the late 1960’ but our current system of changing the clocks at the end of March and October has been in place since 1972.

Daylight Saving Time has been a much-debated subject for quite some time- right up to parliament, with many feeling strongly towards ending it.

Many critics claim that the darker mornings are dangerous for people and between 1968 and 1971 a three-year experiment was conducted to keep British Summer Time all year round. The experiment found that there was an 11% reduction in road casualties in England and Wales during this time.

According to research, there are roughly 50% more fatal and serious injuries amongst people travel during the evening rush hour than in the morning.

With the evenings about to get darker, attention turns to your safety on the road while driving in darkness, the following tips will help reinforce safety practices behind the wheel:

Be conscious of your Speed
To increase your safety you should drop your speed and increase your following distances. Whilst driving in the dark it’s far more difficult to judge other vehicles speeds and distances due to the decrease in visibility. Following these steps will help to predict your distance between other vehicles and improve your overall awareness of other vehicles on the road.

Eye see you coming
As a driver, regardless of the lighting conditions, you should ensure that you have regular check ups on your eyesight. This will help to detect any underlining problems that you may have with your eyesight that could be affecting your driving. Glaucoma, which causes optic nerve damage can affect your night vision, regular check ups will help to determine if there are any steps you need to take in order to ensure your eyes are fit and healthy for driving.

No Smoking
As you may be aware, from October 1st this year, smoking while driving with children’s as passengers is illegal. It is also recommended you avoid smoking while you drive in the dark as nicotine and carbon monoxide can affect your vision.

Sheldon Davidson Solicitors
In 2013 a total of 1,713 people were killed in road traffic accidents in Britain, fortunately this is the lowest number of fatalities since records began in 1926.

Sadly the number of people who were seriously injured in reported road accidents in 2014 increased by 5% to 22,807, according to research from Gov.UK. Of this total many people would have been a blameless victim who suffered a personal injury due to the negligence of others.

At Sheldon Davidson Solicitors, our team of specialist personal injury solicitors help victims of road traffic accidents who were not to blame. The most common types of claims we peruse for our clients include car and motorbike accidents, collisions with uninsured drivers and whiplash. If you have any questions or queries relating to a road traffic accident whereby you believe you were not to blame call 0333 999 8800.